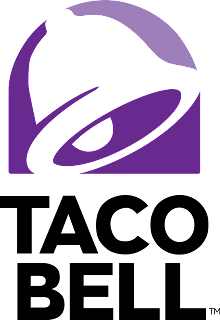 Meanwhile, consumers are often guided by where they eat based on the ratings of the restaurants they go to. Thus, having a location with a higher rating is lucrative.

In other words, when opening a new Taco Bell restaurant, the owner might be interested in opening the restaurant at a location that is biased towards a higher rating.

This problem is clearly of interest to entrepreneurs looking to invest in a new Taco Bell. However, the methods in this project can easily extend to other franchises, in which case the problem would be of interest to any potential franchise owner.

We will be using Foursquare API which provides rich information on venues in a specific location and details on each venue. See here for all the response fields.

The columns we collect are the Foursquare ID (used to pull the rating), restaurant name, latitude, longitude, city, and Foursquare rating.

Because we’re interested in predicting the ratings, we drop locations which do not have a rating from the dataset.

Finally, when combining data from the three locations, we drop the duplicates.

While there are many location features that exist in practice (e.g., next to freeway, near mall) and can be incorporated with the appropriate queries or additional sources, we keep the scope of this project simple by only taking the geographical coordinates (latitude and longitude) as features.

After cleaning the datasets, the three areas have 44, 45, and 49 locations, respectively. Although the separate datasets have various locations in common, it is still reasonable to plot and compare their distributions (see Figure 1 and Figure 2).

We can also look at how the ratings are distributed across the map (Figure 3). Locations with ratings less than or equal to 5.8 are shown as red markers while ratings greater than or equal to 6.4 are shown as green markers. The rest use yellow markers (a rating between 5.9 and 6.3). The cutoffs 5.8 and 6.4 were determined by taking the 33rd and 66th percentile of all the ratings, respectively.


At a glance, the map and color-coded ratings suggest that there is a correlation between location and rating.

With the value of k=3, we apply the model to the training set and look at it’s performance on the test set. To calculate performance, we first perform a linear regression on the actual and predicted values on the training set. We obtain that

with a correlation coefficient r=0.7557. We use this regression to transform the predicted values towards the actual values. In other words, we have the transformation

In short, we define an adjusted predicted rating as the application of the transformation to the output of the k nearest neighbor regression.

We have shown in this project that there is a correlation between the geographical location of a Taco Bell and its Foursquare rating. However, this leaves many questions such as “Why is this the case?” and “What geographical features can be added that would potentially improve the model or reveal its shortcomings?” Perhaps there exist confounding factors such as users in a particular area have particular behavior when it comes to rating restaurants.

It should also be noted that during the modeling process, it was clear that additional data would be advantageous with respect to validation and testing. Furthermore, if not pressed for time and/or the ability to make more premium API calls, one can gather both data for more Taco Bell locations and data for other restaurants and other franchises.

It follows from the discussion that there exists evidence in favor of a (Taco Bell) location having an impact on its Foursquare venue rating, but inconclusive without further exploration.
geographical coordinates k nearest neighbors regression

Popular posts from this blog

August 23, 2020
Over the past few days, I wanted to isolate my understanding of the relationship between the selection made in a dropdown form input and other cells which depend on that selection. This exploration started with drawing a rectangle and using code from example notebooks with dropdown selections to cause a transition in the chart to occur (see Arc Diagram ). One added complexity with Mike Bostock's Arc Diagram notebook is a timeout that's added which will automatically trigger a change in the dropdown selection. Originally this code block had a bug which caused me some confusion, but it has been a valuable learning experience: Mike Bostock commented on the bug and fixed the bug, so I was able to update my notebook accordingly. In any case, contained in the notebook are three charts and each chart behaves different based on whether I refer to the dropdown form object by `myNumber` or `viewof myNumber.value` as well as where I make such references. In the first chart, I referenc
Read more

June 29, 2020
It seems like just about every six months I need to install PySpark and the experience is never the same. Note that this isn't necessarily the fault of Spark itself. Instead, it's a combination of the many different situations under which Spark can be installed, lack of official documentation for each and every such situation, and me not writing down the steps I took to successfully install it. So today, I decided to write down the steps needed to install the most recent version of PySpark under the conditions in which I currently need it: inside an Anaconda environment on Windows 10. Note that the page which best helped produce the following solution can be found here (Medium article). I later found a second page with similar instructions which can be found here (Towards Data Science article). Steps to Installing PySpark for use with Jupyter This solution assumes Anaconda is already installed, an environment named `test` has already been created, and Jupyter has already
Read more

June 30, 2020
Today I was looking into ObservableHQ and their Quickstart page had many suggested resources. The second of these resources was titled "Learn D3." Since it's been several years since I've worked with D3, I felt it would be appropriate to go through it. In addition, at the time I thought the resource would lean heavily towards learning D3 within the context of an Observable notebook. Instead, the series was dominantly a comprehensive introduction on D3, delivered via a series of Observables, and occasionally touched on some of the benefits of using an Observable notebook. In hindsight, I should have expected the relationship between an Observable notebook and D3 to be more like that between a Jupyter notebook and a Python module: learning to use the features of Jupyter and learning to use a particular Python module are mutually exclusive activities. In any case, below you'll find my notes to each of the sections in the Observable series "Learn D3" by
Read more